The new Translate app on iPadOS 15 includes a new Auto Translate feature, where conversations in two languages can be translated in real-time.

Apple is set to deliver a slew of translation features across its next-generation macOS, iPadOS, and iOS operating systems this year, including system-wide text translation, on-device languages, and a new Translate app for iPad. The new app will allow users to type or speak text and translate into multiple languages, but also adds a new Conversation mode.

Conversation mode is meant to be used by two people sitting side-by-side or across from each other, and displays what each person spoke with translation underneath. Paired with the new Auto translate feature, each person should be able to speak freely as the iPad recognizes the language and who is speaking. The translated conversation is voiced in the appropriate language automatically.

We tested the new Translate app in a live conversation from Spanish to English. At first the feature was inconsistent, but downloading the languages locally to the device greatly improved its accuracy. 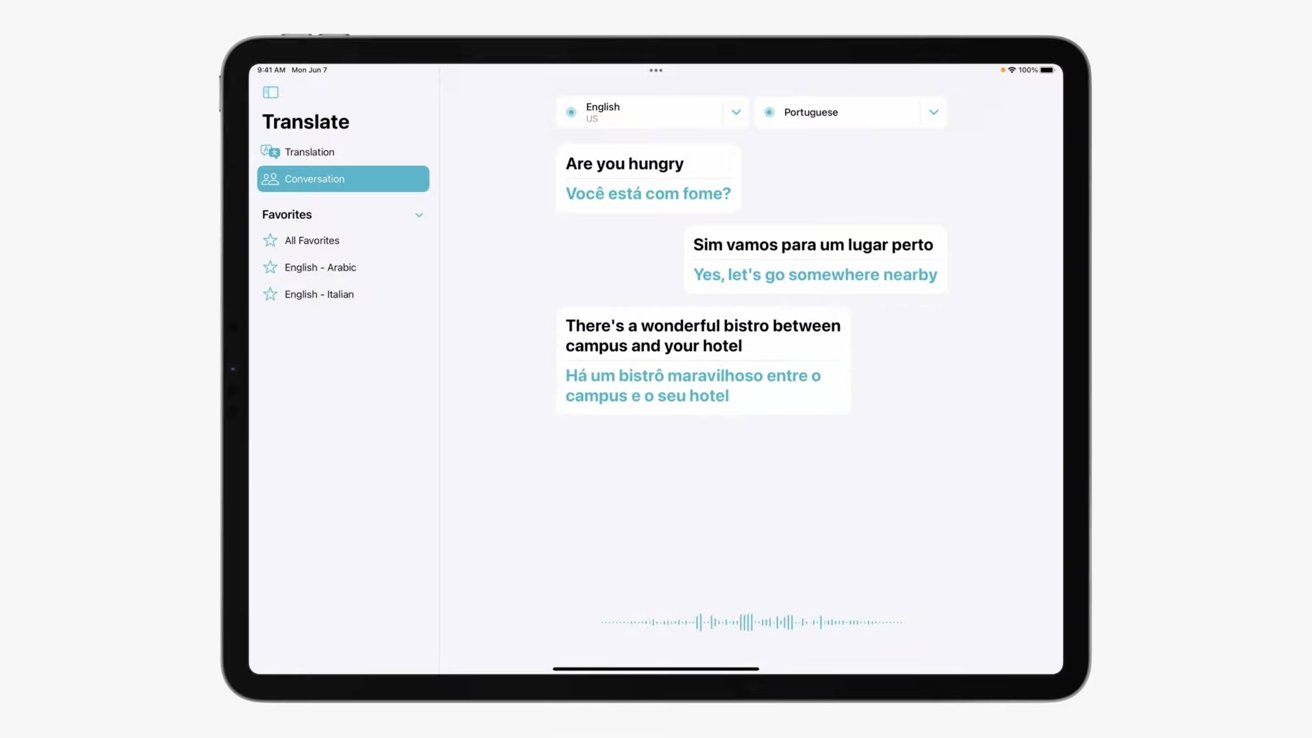 Attempting the Auto Translate feature, we found the app would take a few moments to start listening to a speaker, and would cut the microphone too early. Moving to manually tapping the microphone icon for each speaker created a smoother experience.

When a person speaks, the Translate app displays a transcription in that language, and a text translation underneath. After a few seconds, the app then audibly speaks the translation. Using only one or two sentences at a time, and making sure to speak clearly provides for good overall experience.

Being the first developer beta of this software, it will most likely improve over the next few months. It’s a promising feature, and as it improves could allow two people, speaking two different languages, to have a lengthy conversation in real-time.

How to use Quick Notes in iPadOS 15

Apple Maps, and third-party apps like the newly updated Where To?, can help you scout ...