Estimates from analytics firm Mixpanel says that iOS 14 has now exceeded 90% adoption, based on website and app usage statistics.

Apple’s updates to iOS always tend to see quick adoption because of their ease of installation, and how many older iPhone models they support. The latest iOS 14 got to an estimated 50% adoption rate within six weeks of its launch, and now Mixpanel claims it has exceeded 90%.

The data, shown to non-subscribers solely as a chart with little detail, puts the current iOS 14 adoption as being 90.45%. Of the remaining active iPhones, Mixpanel estimates that 5.07% are still on iOS 13, while 4.48% are on older releases. 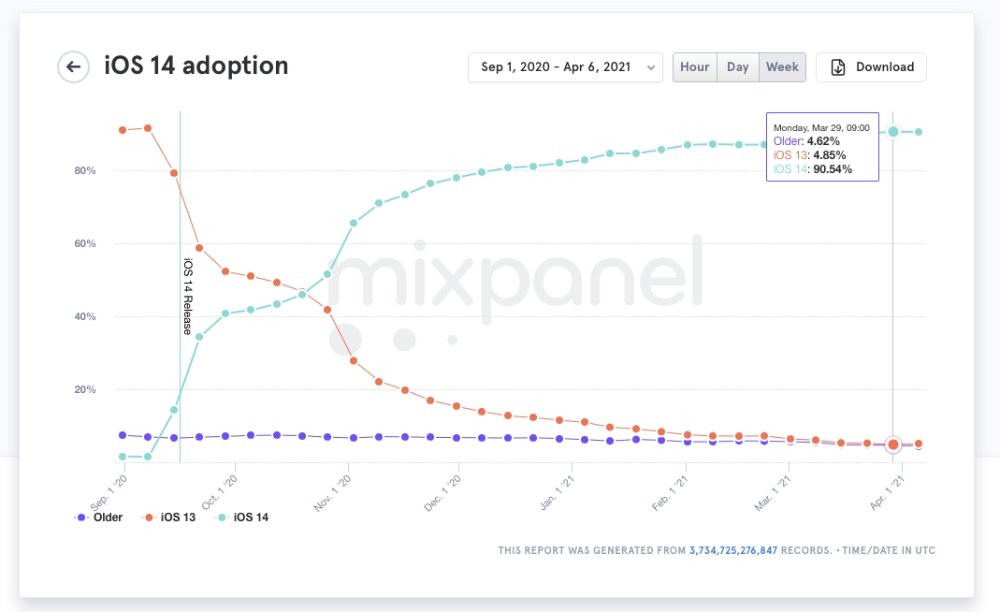 These figures are not confirmed by Apple. However, Mixpanel says they are gathered from over three trillion records. Each record is from a website access, an app usage, where the iOS version was reported.

Seven new “iPhone 13” models have been added to the EEC regulatory database, a mandatory ...